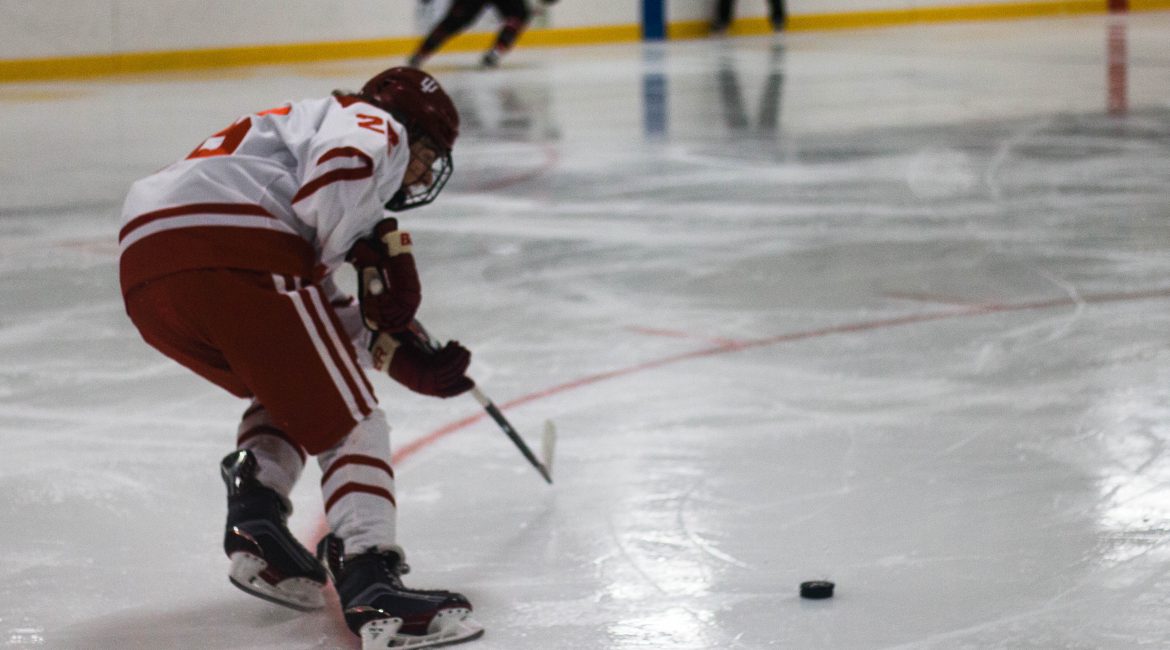 Louisville, KY—For the first time in Club Ice Hockey at Indiana University history, Indiana earned a weekend sweep against the University of Louisville.

A 5-1 win on Friday at Frank Southern Ice Arena in Bloomington and a 5-4 nail-biting win on Saturday at the Iceland Sports Complex in Louisville capped off Indiana’s first Tri-State Collegiate Hockey League sweep.

The Cardinals flipped the script from Friday night’s slow start by popping home the game’s first goal at the 3:20 mark in the first period. Jacob Cicalese soared towards the net and chipped a shot from the right circle past Indiana netminder Stephen Gaisor to Put UL up 1-0.

Minutes later, Indiana, while on the power play tied the game when Jack Jordan redirected a Colan Fitzgerald shot from the blue line past UL goaltender Ryan Cote’s right shoulder with 12 minutes remaining in the first.

Indiana took the lead on Fitzgerald’s seventh goal of the season with 6:13 left in the first.

In the second frame, Indiana blanked the Cards while pocketing a pair of goals to take a 4-1 lead after two periods.

Indiana’s third goal on Jack Null’s first career Indiana goal. While entering the attacking zone, Null flipped a wrist shot on goal and it caromed off Cote’s chest and past the goal line to put the cream and crimson up 3-1 with 7:22 left in the second.

The fourth Indiana goal was scored while on the power play. Adam Offenbach netted his third goal of the season while parked in the slot, burying a wrister past Cote’s glove to put Indiana up 4-1 through two periods.

Trailing by three goals, Louisville mounted a furious rally to bring the game within one goal.

Louisville captured a pair of power-play goals. Jack Scott recorded his third goal of the season when he blasted a one-timer past a screened Gaisor.

Kevin Millea scored the third Cardinals goal with a snap shot from the right circle past Gaisor’s high blocker side to bring the score to 4-3 with 13 minutes remaining.

John Cristiano ended the Louisville run by sneaking a back-hander past Cote, underneath the crossbar to give Indiana a 5-3 cushion.

The Cardinals brought the score within one goal once more when Zach Burkhart weaved past three Indiana skaters in the attacking zone and delieverd a drop feed to Scott who hammered home his second goal of the game on a snap shot, beating Gaisor high, blocker side.

A late penalty on Louisville’s Parker Joyce with 2:45 remaining in the game ended the Cardinals scoring chances, and Indiana held on to win 5-4.

Indiana puts win streak on the line against Xavier

Indiana puts its three-game win streak on the line against Xavier University in a home-and-home series beginning next Friday, Nov. 16 at Frank Southern Ice Arena.

The series shifts to Cincinnati on the 17th.