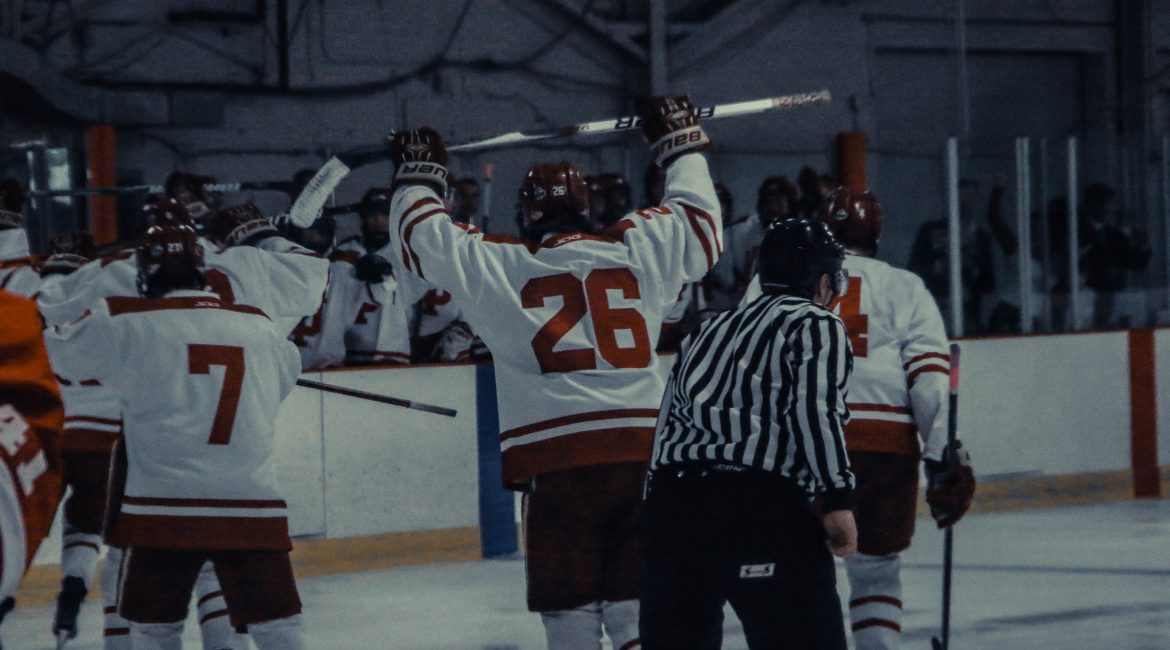 Following a 4-2 loss against the Bobcats on Friday night at Frank Southern Ice Arena, Indiana snatched game two with a 6-5 overtime win on Saturday at the Hamilton Ice Center.

Indiana (4-5-1, 1-3), now eight different goal scorers in the series, while Ohio (1-5), surrendered its first overtime defeat to a league opponent in three seasons.

On Friday’s midnight start, Ohio jumped out to an early 2-0 lead over Indiana with two second period goals. Goals from Nicholas Caretta and Mason Yenchar against Indiana goaltender Stephen Gaisor put the Bobcats up two with half the period remaining.

Indiana responded with a pair of goals to tie the game 2-2. The first strike came from Adam Offenbach’s second goal of the season with under three minutes remaining in the second, and a Colan Fitzgerald goal with 6:50 into the third.

Caretta netted the game-winning goal at the 7:53 mark in the final frame. Ted Steuber netted the Bobcats an empty-net goal with 1:09 left in the game to secure the 4-2 OU win.

Gaisor, who had made 75 saves on 78 shots last week against Cincinnati was dealt back-to-back losses after a 29-save performance.

Less than 12 hours after game one concluded, the series shifted to Columbus, IN at the Hamilton Ice Arena. Similar to game one, Ohio took an early 2-0 lead with a pair of goals within the first four minutes of the game.

Cody O’Brien and Tyler Cerankowski pocketed their first goals of the season on the first two shots of the game against Indiana goaltender Joseph Stebbins.

The goal for Khrushch was his fifth of the season, he had scored five goals in all of last season (20 games).

Indiana took a 3-2 lead going into the first intermission after a Cade Kenyon strike with at the 15:28 mark in the frame.

Indiana opened the second period with a pair of goals, one from Carter Bonecutter and Everhett Grimes gave the team a 5-2 advantage, its largest lead of the season against a TSCHL opponent.

The Bobcats stormed back, ultimately forcing the game to be settled in an extra frame.

A pair of Mason Yenchar goals within the final five minutes of the second cut the Indiana lead to 5-4.

In the third, O’Brien picked up his second goal of the season at the 8:10 marker.

In Indiana’s third overtime game of the season, Scott Berger wristed a shot from the right circle over OU netminder Gram Doherty to secure the win for Indiana 6-5 in overtime.