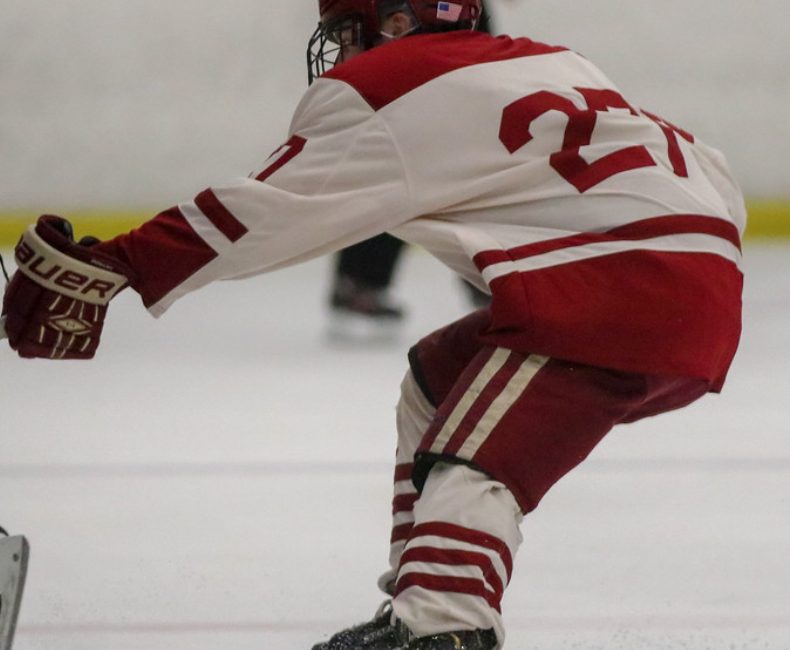 CINCINNATI, Ohio—The Club Ice Hockey at Indiana University, in its first test against the University of Cincinnati fell to the Bearcats 5-2 on Friday at Sports Plus Arena.

The loss for Indiana (3-3-1), was its first contest against a representative an ACHA D2 National Championships qualifier from last season.

The Bearcats in their 2019-20 home opener lit the lamp at Sports Plus Arena for the first time this season on a Ryan Murphy goal within the first five minutes of the opening period.

Cincinnati doubled-down on a Steve LeVasseur goal with 7:28 left in the first to take a 2-0 lead on Indiana.

Indiana cashed in for its first goal with 22 seconds remaining in the second frame when Everhett Grimes Kenyon netted a power-play goal, cutting the Cincinnati lead 2-1 after 40 minutes.

The Bearcats regained a two-goal lead early in the third when leading-goal scorer Danny Mateja potted his fourth goal of the season to give Cincinnati a 3-1 lead.

UC took its largest lead of the season when Murphy scored his second goal of the game to increase the Bearcats’ lead to 4-1.

Grimes netted his second goal of the night with 1:35 remaining in the game with an extra-attacker to bring the Cincinnati lead to 4-2.

The Bearcats capped off the night with a Logan Rossiter empty-net goal with 17 seconds remaining in the period to secure the win by a final of 5-2.

Cincinnati goaltender Jay Kiplinger earned his first career win in a Cincinnati uniform while Indiana netminder Stephen Gaisor was tagged with his second loss of the season (1-2).

Game two of the weekend set begins Saturday at 4:30 PM.