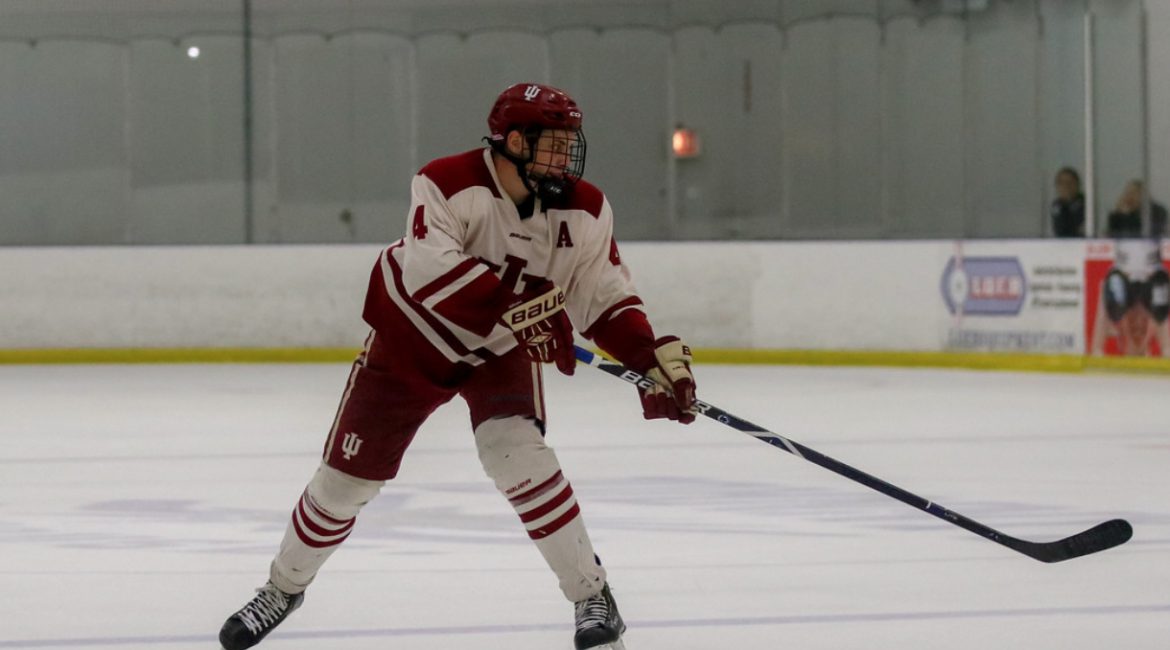 COLUMBUS, Ohio— A last minute Ohio State goal ensured a Buckeyes sweep of the Club Ice Hockey at Indiana University’s debut series in the Tri-State Collegiate Hockey League. Following an 8-3 win on Friday, OSU (2-0), notched a 4-2 victory on Saturday against Indiana (2-2) to close the series.

Ohio State is now 6-0 all-time against Indiana since reclassifying to the ACHA D2 Classification in 2014-15.

Unlike game one, the Buckeyes jumped out to an early lead in the opening period. JP Shimko opened the scoring less than two minutes into the game against Indiana goaltender Stephen Gaisor.

Over the weekend set, Salt tallied five goals against Indiana. The total is a freshman record against an Andrew Newman coached team.

The cream and crimson cut the lead in half on Austin Eng’s first goal of the season with 7:49 left in the first.

Following a scoreless second, Indiana tied the game 2-2 on Jack Jordan’s second goal of the season on wrister past OSU goaltender Declan Rooney’s blocker at the halfway point in the third.

With a minute remaining, OSU pressured an Indiana turnover resulting in a Jordan Hoy goal that bounced off of Gaisor’s body and across the goal line to give the Buckeyes a 3-2 lead.

Jake Cimarusti scored an empty-net goal with 36 seconds remaining to secure the OSU sweep of Indiana.

Indiana’s 2019-20 home opener is set for Friday, October 4thagainst the Bradley University Braves. The first of a two-game set begins at 9:15 PM with game two on Saturday scheduled for 3:15 PM.